The Indian Air forces major problem is the less numbers of required Fighter jets and Failed back up plans, as their two Back up plans failed to restore the squadron strength, It looks like IAF plans to re think to look on the Qatari proposal of buying their Mirage 2000-9 fighters, and the Greece also shown interests of sell their Mirage 2000-5 Fleet. as Greece in major problem of no reserve money to run the government.
MiG 21, and Mig 27 is running behind the Schedule of the retired date, they even didn’t have the capability of doing single mission in modern combat, IAF plans to retire them by early 2010 or at most 2012, with one major plan and another Back up plan, they almost in Talks with the government to purchase multi role combat Jets since 2000,  more than fifteen years still no progress of the Acquisitions, except missing deadlines and Bureaucracy sounds,  and another is the LCA Tejas, which is also in same scenario running behind the Schedule.
While some one says, If HAL completes a design and Suggest it to the IAF, the IAF change the requirements and ask for different model. not the entire air frame but some minor changes. ADA again spend  one or two years to design new and request the IAF to accept, But meantime , New Technologies were incorporated by foreign enemy air forces as new technologies  discovered. so Air force again changes it’s requirements and design new one .thus makes the Program delay. But actually it’s the history of Invention and emerging threats from foreign air force makes the outdated Fighter not capable to fight against the enemy. 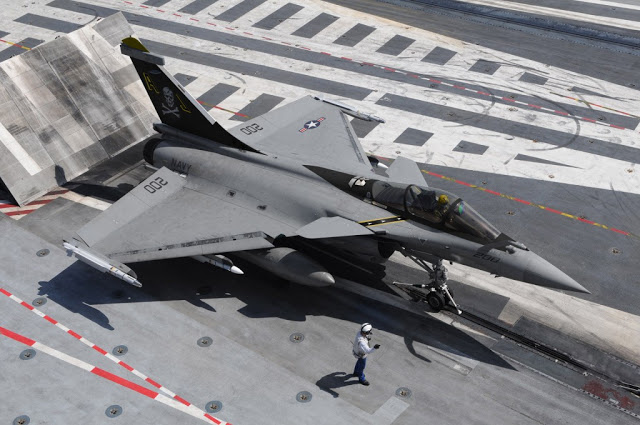 Some Recent updates about both the LCA Tejas and the Rafale aka medium and Light fighter, as the  Rafale and LCA almost missed it’s induction date, the Ministry plans for some alternate solutions to fulfill the Requirements.  recently some information’s floated in the media’s about the cost escalation of Rafale and missed deadlines of Tejas’s Final operational clearance which is the reason of the delay.
The two factors mainly  the Rafale is offset clause and more weapon integration, at first the Offset clause, earlier in the MMRCA competition, the Supplier will invest 50% of deal value in India, in both Public and private sectors, as earlier projected some six to eight billion dollars will be invested back into Indian Companies by french firms once the contract and Settlements finalized, but India formally scraps the MRRCA tender by early this year and Defense Minster confirms the same in Parliament, as a new announcement in Paris made by Prime minister about direct acquisition of  some 36 Rafale.
But the same also need bunch of bureaucracy  clearance before making final contract, for both Indian and French delegations in Talks to finalize the contract and about the Offset clause, to Full new procurement plan the French agreed to invest only 30% deal value in India, as India wants it should be 50% , so both of them in negotiations  for the Offset clause, so it’s clear it took more than a month to clear the negotiations, whether it’s 30% or 50% or somewhere between 30-50%.
The second most negotiation is the Weapon integration, The IAF insists the deal to use the Indian made Astra BVR missiles into the Rafale Aircraft, and also raised about firing the Air to ground missile Brahmos, for that French asked more money since it’s need a small hardware and computer changes including algorithm to support foreign weapons into the Rafale since the Rafale’s computer and Radar will designed to coupled with French and European weapons, not the Indian and Russian Standard weapons. so for that French asked more money to for the structural and algorithm changes, but here India Contract negotiation committee negotiating about the cost escalation.
The HAL LCH is designed to perform anti armour missions, close air support missions to friendly ground troops, and armored patrol for counter insurgency armed Escort and reconnaissance mission, The LCH is in desgin and development phase where three prototypes built  testing and improvements,
The Kargil war gives s much lessons to the IAF to conduct not only Armed Combat air patrol, but mean time support the Friendly Troops who is fighting against the enemy in tough conditions. So IAF put an requirement of Combat Helicopters building in India, The HAL taken the decision to make the dream into reality by flying first LCH prototype by 2010, within three years of program gets sanctioned by the Government. 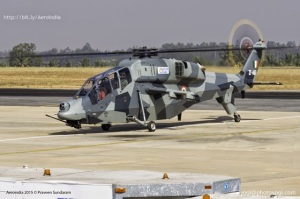 As per initial plans more than 200 combat helicopters procured 65% of them falls in the Army Aviation wing balance for Indian Air force, the first prototype flown in 2010 and performed 20 minutes of flight operations near HAL area. the next prototype unveiled in Aero india 2011, just a Year after first flight, the second Prototype with plenty of modifications and comes with weapons system like the 20mm Nexter cannon, where the first prototype is just the helicopter with attack helicopters characteristics,
The third Prototype flown end of 2014 with improved characteristics like modified defensive suites weapon fittings, control elements and decreased weight, during the early periods th TD 1 and TD 2 ( Technical demonstrator ) carried out lots of trails like low flying High Flying, sea level weapon firing and lots more, the fourth Prototype is expected to be flown before this year, where HAL is in final works to roles out it.
Compared to other Light combat Helicopter platforms like Chinese Z 10 and Euro copter Tiger , the LCH designed for Indian conditions, to conduct operations in High Altitudes like Leh and low altitudes like Thar, Rajastan also it can perform missions in Minus zero degree Ladakh’s to hot Thar conditions.